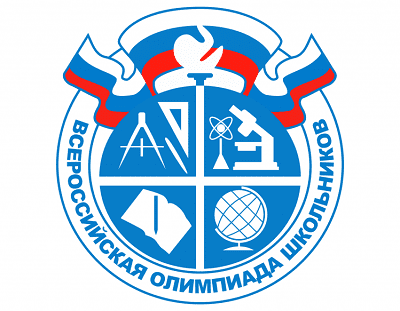 2)How do the women feel about Paris? It’s better not to visit it in summer. It’s an adventurous destination. It has very good art galleries.

3)What are the travellers who had booked with “Suntrips” entitled to? full compensation from the government, air travel to their holiday destination, help with booking new hotel accommodation.

4)The speaker is a presenter. housing oKcer. local resident.

6)What are the speakers doing? complaining, discussing, disagreeing.

7)Where are the cheapest items to be found? throughout the shop, at the back of the store, next to the cashier till.

8)What is the woman saying about the way her village has changed? Most things remain unchanged. Only a few things haven’t changed. She doesn’t recognize her old school.

9)What does the speaker want the audience to do? join a debate about the future of media, use Internet technology more, buy and read more newspapers.

10)What is the woman doing? asking, advising, explaining.

11)All teenagers like shopping, so it won’t take you long to solve the crossword about the things that are needed while doing it. One answer is already given. Mind your spelling. 1. This person is in charge of a shop. 2. Read this to Snd descriptions of goods. 3. You put money, especially banknotes in it. 4. Do this if you want to get a better price. 5. Coins are carried in this, especially by women. 6. This tries to persuade you to buy something. 7. Pay this if you can’t pay in full now but want to buy later. 8. You push this in the supermarket and Sll it with goods. 9. You are given this as proof of buying something. 10. You might make this before you go shopping.

12)Occasionally ___ mean that the planned itinerary has to be altered.

13)The ___ determines the distance that is covered each day.

17)For non-cooks an important evening task is to Snd ___.

18)The holiday company encourages you to ___ of your holiday.

23)Rhodes Zoo is now interested in ______ rather than keeping large animals.

2)Nick and Carol moved because they wanted their kids to have separate rooms. share a room. go to a better school.

6)What do we learn about the two countries from Paragraph 1? They are rivals on the sports Zeld. They have a brother-sister-like relationship. They both prefer meringue for dessert. They are enemies in different spheres.

9)“Down Under” in Paragraph 4 refers to America and the New World. Newspapers and magazines. Australia and New Zealand. Recipe books and recipes.

10)When the recipe reached the United States, it … became a restaurant specialty. was used on a daily basis. rocketed in popularity. was kept unchanged.

11)“This” in Paragraph 5 refers to an innovative device of the times. the time when the recipe reached the USA. the immigrant movement to the USA. the recipe of the dessert.

12)Eventually the Pavlova recipe reached New Zealand and Australia as soon as cornstarch was invented. as part of the packaging. by word of mouth. in the original German version.

13)The Pavlova dessert … has a different inside and outside texture. is similar to the classical meringue. is crunchy and crisp all the way through. has a denser texture than a meringue.

14)Which feature of the dessert is mentioned in the text several times? The simplicity of the recipe. An original fresh taste. The feathery texture and structure. A variety of fruit to top it with.

15)Today Australia and New Zealand can be credited with popularizing the dessert. preserving the dish and its name. passing on the name to other dishes. being the birthplace of the dessert.

16)By the 1820s, it extended not much beyond the Appalachians. The move to the West as we now know it began in earnest in the mid-1840s when the expression Oregon fever erupted.

17)Encouraged by the government to settle the north-western territory claimed also by Britain, thousands of homesteaders were set off for a new life at the end of the Oregon Trail.

18)The peopling of the West became not just an opportunity to be seized, but a kind of mission.

19)The Oregon Trail is a somewhat misleading term. For one thing, it wasn’t a trail in the sense of a well-deTned track. It was a corridor, highly likely variable in width, across the grassy plains.

20)Moreover, after the Trst few years relatively a few of those who travelled the trail were heading for Oregon.

21)One of the great myths of the westward migration, compounded by a thousand movies, was that the immigrants lumbered over the prairies in Conestoga wagons. These sturdy vehicles were uselessly heavy for the long pull to Oregon or California.

22)They did not haul some freight west, but almost never did they transport families. Instead westward immigrants used lighter, smaller and much nimbler wagons universally known as prairie schooners.

23)These were hauled not by horses, but by mules or oxen, which could withstand the hardships of prairie crossings far better than any horse could.

24)A Tnal myth engendered by Hollywood was that wagons gathered in a circle whenever under attack by Indians. They didn’t, and for the simple reason that the process would have been so laborious to organize that the party would very probably have been slaughtered before the job was even a one quarter accomplished.

25)Wagons were covered with a canvas, as in the movies, though that word was seldom used

26)The material was more generally known in the nineteenth century as twill. Though wagon train was also used (it is Trst recorded in 1849), the term wasn’t particularly apt.

27)For much of the journey the wagons fanned out into an advancing line up to ten miles wide to avoid each other’s dust — and providing yet another obstacle to their forming into circles.

28)Many of the early homesteaders had only the faintest idea of what they were being letting themselves in for, and often through no fault of their own. Until well into the third decade of the nineteenth century ignorance of the West remained so profound!

29)Those who went west, incidentally, didn’t think of themselves as still being in America.

30)Until about the time of the Civil War, America was generally taken to signify itself the eastern states, so that accounts of the time commonly contain statements like ‘Some people here [in Oregon] are talking about returning to America’.